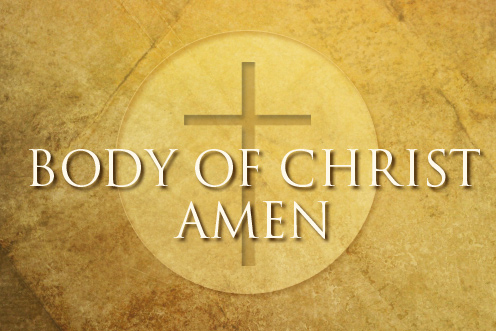 Jesus made the crowds welcome and talked to them about the kingdom of God; and he cured those who were in need of healing.
It was late afternoon when the Twelve came to him and said, ‘Send the people away, and they can go to the villages and farms round about to find lodging and food; for we are in a lonely place here.’ He replied, ‘Give them something to eat yourselves.’ But they said, ‘We have no more than five loaves and two fish, unless we are to go ourselves and buy food for all these people.’ For there were about five thousand men. But he said to his disciples, ‘Get them to sit down in parties of about fifty.’ They did so and made them all sit down. Then he took the five loaves and the two fish, raised his eyes to heaven, and said the blessing over them; then he broke them and handed them to his disciples to distribute among the crowd. They all ate as much as they wanted, and when the scraps remaining were collected they filled twelve baskets.
DUNLEER
PARISH Current Newsletter Past Issues